Featherclan of the Lush Weald

At the sounds of her name being called over camp, the deputy's golden eyes flicked up from her fish. The deputy's head raised slightly, pieces of the fish hanging out of her mouth. A pink tongue caught the rest of the fish hanging from her jaws and she swallowed them. She finally spotted the cat who called her name, Minnowpaw. She was always a caring little thing, which Leopardfury hoped that she would retain that caring attitude under her tutelage. Clearly the grey cat had. The deputy lazily raised her tail to wave back to her former apprentice. When she crashed, Leopardfury let out a small snort of amusement. That was Minnowpaw alright.

Finally the group decided to leave. Eagerly Palmpaw had risen to his paws and followed the other cats out. He noted Leopardfury and waved his tail to the deputy. She waved back and then returned to her fish. Once they left camp, Palmpaw stuck pretty close to Minnowpaw. Out of all the apprentices, he knew her the best due to Meteorwisp getting very close to Leopardfury.

Lightclaw whipped around, claws unsheathed, ready to bear down on whoever had spoken to him. When he noticed it was Featherpaw, he put down his paw; his fur was still rather ruffled. "Oh. Its you. Sorry Featherpaw, I was just.... thinking. You have today off, alright?" He twitched his ear, turning to look at the scarred and torn trunk of the tree he'd now passed countless times. 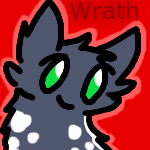 "Whatever you say," Featherpaw muttered in a bleak monotone, barely managing not to cringe backwards as her mentor nearly assaulted her. Though her demeanor was casual, if not slightly miffed, her eyes betrayed the fear and surprise that coursed like ice through her veins. Her legs felt shaky as she padded away, her mouth becoming dry.
A definite worry began to settle at the back if her mind, trailing her like a cloud. She sat outside the apprentices' den, unable to take her mind off of Lightclaw's gleaming claws, his ruffled fur, and the wild glint in his eyes just before he realized who he was talking to.
It sent a shiver down her spine. If she'd been just a bit closer, she may as well have been raked. Her mind dwelled on that tone if voice he used. She analyzed every second of his behavior, even the scarred trees behind him, and a chill spread over Featherpaw's body.
It was a concrete thought now. Something was wrong with her mentor, something she couldn't begin to understand.

(If I'm looking too deeply into this, blame Featherpaw's over active mind.) 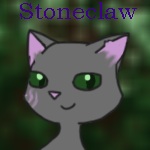 He sat down, forcing himself to breath slowly, to calm down. His fur began to lie flat and he slowly relaxed, sheathing his claws again. He shook his head to clear it and straightened up. He'd have to remember to apologize to Featherpaw, later. He must've scared the wits out of her. But for now, his eyes scanned the camp, looking for Leopardfury. She'd calm his nerves. She always calmed his nerves. He trotted forwards, though spoke in a normal tone-- in case she was still asleep somewhere. She needed her rest. As much as she could get. "Leopardfury?"

Leopardfury looked up from her fish to see Lightclaw standing before her. Since her mouth was full of fish, she simply waved his tail to him. Everyone could wait, she had a fish and nothing was happening until sh finished her fish. After swallowing her bite, Leopardfury said something. "She admires you." Was all the deputy said before turning back to her food. The fish was so good!

He sat down beside her. "I know." He said softly. "She's a great apprentice." He watched her eat, feeling himself gradaually loosen up. At least she was eating. That was good. "Who brought you the fish? If I knew all it would take to get you to eat was a fish I would have caught one ages ago." He purred softly with amusement, twitching his ear.

"Pantherleap." Leopardfury replied, going back for more fish. She had eaten most of it by now. The sight was amusing. After all this time of not eating, to see the deputy devouring her fish like she was the hungriest cat on the planet was a funny sight. "Didn't I ever teach you to use your brain? Apparently not." Leopardfury said mockingly as Lightclaw joked about the fish. "You should know my weakness for fish better than most."

He rolled his eyes. "You know I'm more known for brawn then brains." He snorted. "But I'll certainly start catching you fish if you're going to eat them wen I bring them to you. You need your strength." He licked her ear affectionately, resting his tail tip on her shoulder.

Featherpaw looked up to see her mentor, and she couldn't help but feel the shiver that ran down her spine. "No, it's okay. We all have those days," she said, putting on her perfectly practiced fake smile. Her claws stayed carefully sheathed, resisting the urge to sink into the ground with her nervousness. Her long, white tail writhed behind her with rhythmic motions as an air of unease settled around the apprentice.

Lightclaw frowned deeply at his apprentie's reaction. "Look, I'm just a little stressed out.... okay, a LOT stressed out..... and it went to my head. I just wasn't myself." He sighed softly, shutting his pale green eyes. "I didn't mean to give you such an aweful fright.."

With a soft sigh, Owlpaw stood up from his spot and looked silently for Blackhill. He padded around carefully, fur slightly pricked up. Where is he? I haven't seen him all day. The speckled tom actually grew a bit handsome over the moons. His seemingly cold and mute personality just drove almost everyone away. 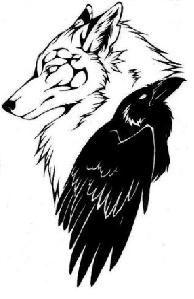